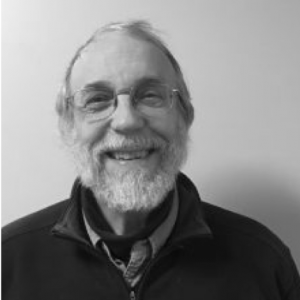 Favorite music to write to?

I use the Coffivity app.

SJU Writes: How would you describe your writing process?

OG: My pattern as a writer is to compose here, in this office. I print everything I write. I read it. I make phrasing changes almost constantly. But, those are the only changes. I hardly ever move anything around. I’ll change the phrasing, make it clearer. Maybe take something out that is kinda stupid. No big chunks moving around. But my latest book, The Hell of War Comes Home, took quite a lot of shifting around.

SJU Writes: What is your favorite aspect of the writing process?

OG: I liked the feel of it, composing. Out of all the courses I ever had, the most valuable course I ever had was typing in high school, which was an elective. Boy, that made a world of difference! I actually inherited a typewriter that my favorite uncle brought back from France. I started writing on that all through college. And I liked it since my handwriting is horrible.  Seeing the clarity of a typed work and hearing keys striking, there was a rhythm. There was something that was very seductive, and I actually became enchanted with the writing process.

SJU Writes: What writing advice do you have for students?

OG: Write fresh, with energy. Use all of the freedom that you need. Don’t write simply how an English teacher tells you to write. Don’t follow every move they suggest. People don’t take to that kind of intense micromanagement from teachers well. Students find freedom in my classes here because it’s all on them. I’m not telling them every move, or exactly what turn to make. They have to figure that out for themselves. But most of them want that freedom because it gives them the chance to use their own voice and produce something that doesn’t sound like everybody else.