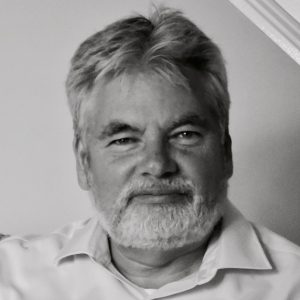 Music you listen to when you write?
Often none, but if so, then it’s country or Mozart.

CD: One of the fun things I did was a paper on James Knox Polk and the Mexican-American war. I thought about it years later and actually read all 1,000-plus pages of the Polk 10-volume diary because I was asked to rework the paper. People who really know me know who my favorite president was—and it is Polk. The reason is because I had done that particular paper. It’s always been an interesting topic for me.

SJU Writes: Who was your most influential teacher?

CD: I have a good friend today who was one of my favorite college professors. He was laid back. One of the classes he taught was dealing with the Third World many years ago and the differences between the northern hemisphere and the southern hemisphere. He drew a line on the board, and he put “north” and “south.” He said, “Do you have any questions about that?” Everybody was blank. He said, “Are you sure no one has any questions that you want to talk about?” Nobody did, so that was the end of the lecture for the class that particular day. It was one of those things to tease him about, but he was an excellent teacher.

CD: I often struggle with how much punctuation to put in. When I sit down to write, I’m sometimes trying to come up with the right words because I’ll rewrite a sentence three or four times and I still may not have it right. Or, I’ll punctuate it, and I won’t have it right. I usually need someone else to look at it. I need a good editor. I’m a pretty good researcher. If I were to actually write, I would need a writing partner to look at things and edit.