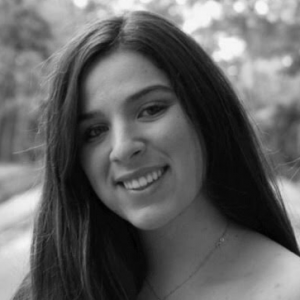 Favorite music to write to?
Probably Elliott Smith because he’s so bare. It’s a good inspiration to get in the mode.

What are you reading right now?
I’m reading the collection of Mary Oliver’s poetry.

SJU Writes: Do you have a favorite part of the writing process?

DA: Every time I start writing a song, I get a little intimidated, like, ‘What if I don’t have any good ideas?’ So I guess my favorite part is every time I prove myself wrong. I think everybody has their way of expression, and they can get in touch with that. It’s just a matter of working it like a muscle. And the more you do it, the more you get that infinite ability to just tap into something.

SJU Writes: What have you written recently that you really like?

DA: I wrote something called “The Early Riser.” I liked it because I was in this state of wanting to be productive, and I felt if I could just get up early every morning at 6 a.m. that would mean that I’m getting to a better place with achieving my goals. That song was about that battle of wanting to do these things and feeling like I can’t.  I really like that song because it continues to be relevant. It’s about my inner self-sabotaging habits that I have sometimes. It really felt like a genuine thing that I was writing, and when I play it, I really feel that.

SJU Writes:  It must be gratifying to put into words what is hard to comprehend on an emotional level.

DA:  That’s why I love writing music because I feel like the music part adds that element of the thing that you can’t put into words. If you were to just speak out the words, maybe you’d take something from it, but I don’t think that they’re meant to stand on their own if you’re writing a song. So I think that the music plays an equally important role, and the lyrics tell you what I can tell you, and the music finishes the rest.