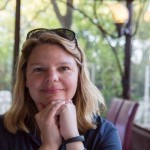 How do writers use rhetoric? How do we balance attention to genre, purpose, audience, context, and our own sense of style? In Rhetoric Then and Now, we will consider these and other questions, exploring rhetoric’s classical origins and studying the work of 20th and 21st century rhetorical theorists in order to understand how rhetorical concerns shape our own writing practices. This course will be discussion-based and include a workshop component. Students will write a series of response papers and conduct a semester-long project exploring the relevance of rhetorical theory to their own writing or area of interest. (Core Course)

A study of the American cultural scene during the 1960s with particular focus on the contribution of writers as agents of change in movements to break existing stereotypes and to challenge racial discrimination, gender discrimination, sexual repression, environmental degradation, and war. Writers may include: Jack Kerouac, Harper Lee, Rachel Carson, Nikki Giovanni, Eldridge Cleaver, Dee Brown, Kurt Vonnegut, Joseph Heller, Betty Freidan, and some Beat poets. Films were also consequential both in propelling and in reflecting revolutionary changes in American life through the 1960s. Several key films that may be considered include In the Heat of the Night, Bonnie and Clyde, The Graduate, and Easy Rider. (Area I) 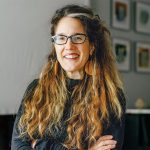 This class is designed to make you a better fiction writer – to teach you about the craft, to give you a space in which to explore your voice, and to push you beyond the familiar. There is also a workshop component, which will give you the chance to receive feedback from the group about your work. You’ll write hard, read widely, and learn stylistic devices that can be used in many areas of your writing. This is a portfolio-based class; you’ll write two major short stories and revise them for final submission at the end of the term.