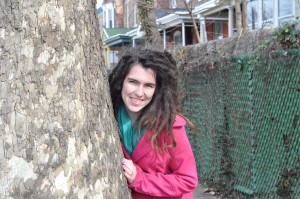 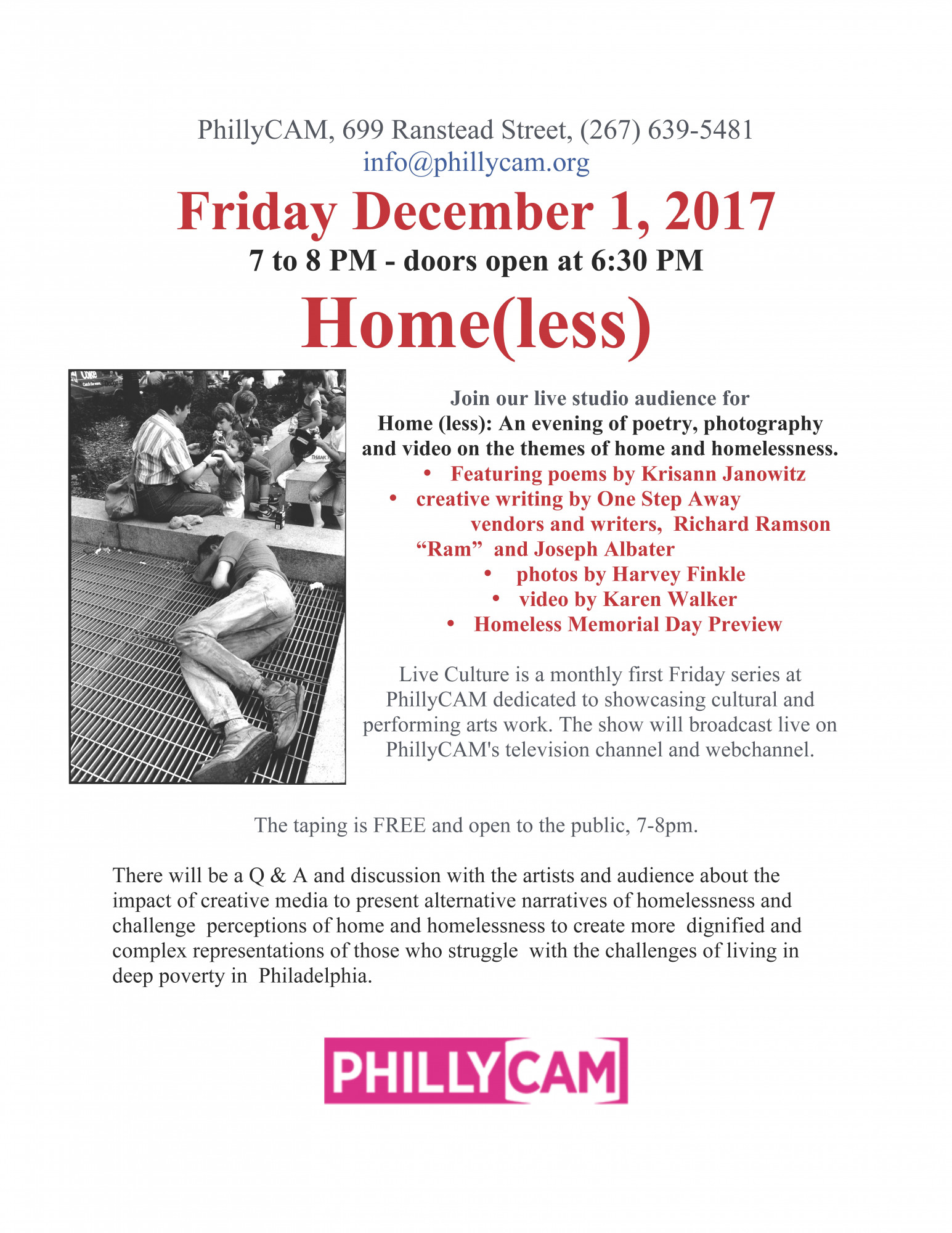 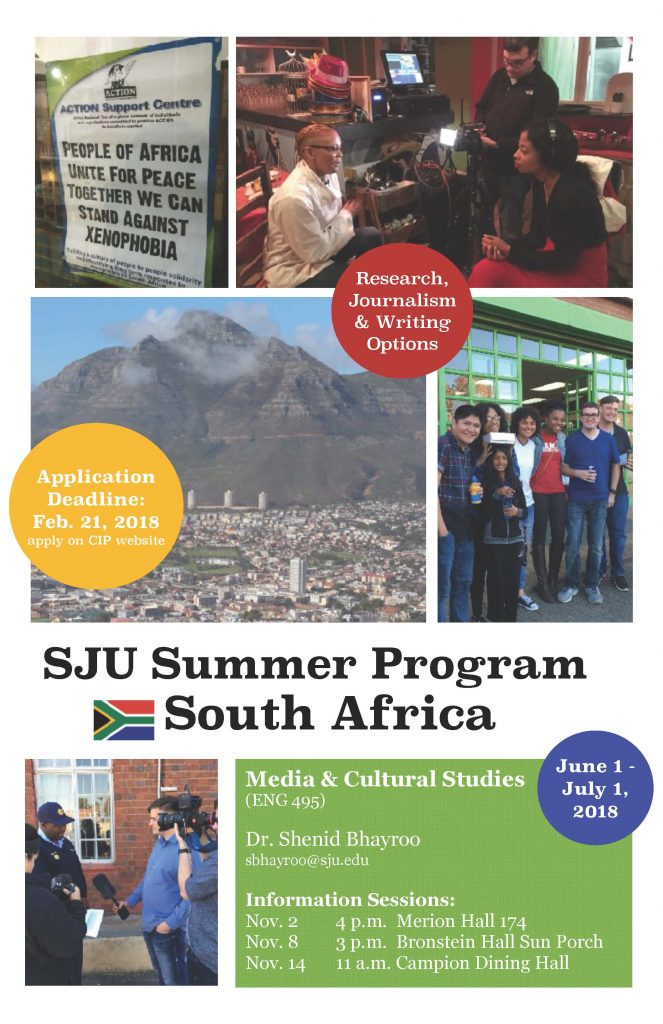 SJU’s newest Summer Study Program will launch next summer in South Africa with a course of special interest to English majors and minors.  Taught by Dr. Shenid Bhayroo and assisted by Dr. Jenny Spinner, ENG 495: Media & Cultural Studies offers students three different study options, depending on interest; one in journalism, one in research-based creative writing and one in academic research.  Students interested in journalism will have an opportunity to work as foreign correspondents in South Africa. They will propose, research and produce weekly multimedia stories, which will focus primarily on historically marginalized communities and on issues that receive inadequate or no media coverage. In previous years, South Africa study abroad students have covered stories about:

Students who wish to pursue a study track other than journalistic narrative have the option to do research-based creative writing or academic research on topics related to politics, culture, economics, mass media or communication technology in post-apartheid South Africa.

In addition to weekly group field trips, which include destinations such as the Apartheid Museum and The Cradle of Humankind, students will have the opportunity to travel to Durban and Cape Town on the weekends. Our home base will be in the Melville neighborhood of Johannesburg.

This course can get upgraded to a graduate course for students in the Writing Studies Program.

Three informational sessions will be held in the coming weeks.

For more information, contact Dr. Bhayroo at sbhayroo@sju.edu or Dr. Spinner at jspinner@sju.edu. 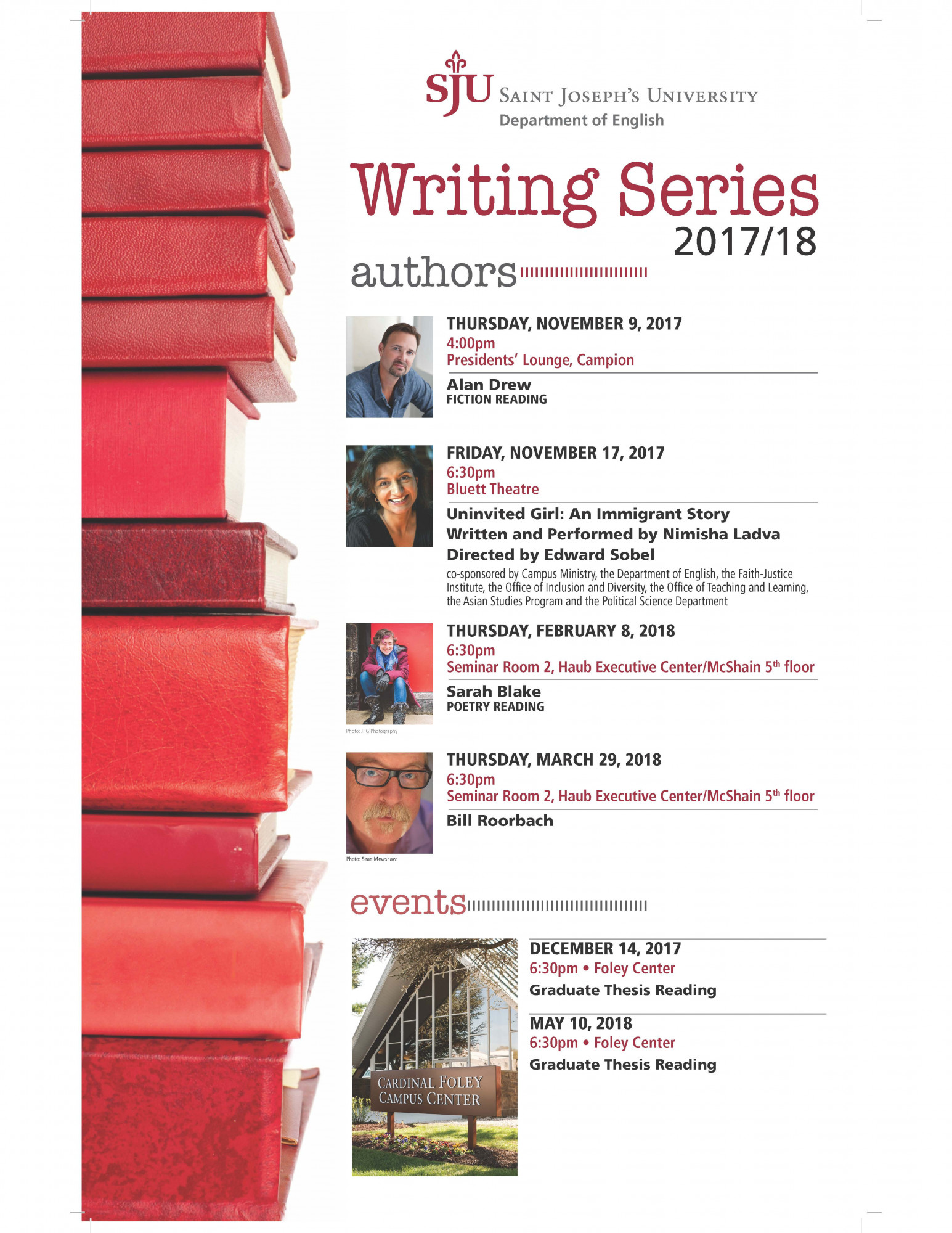 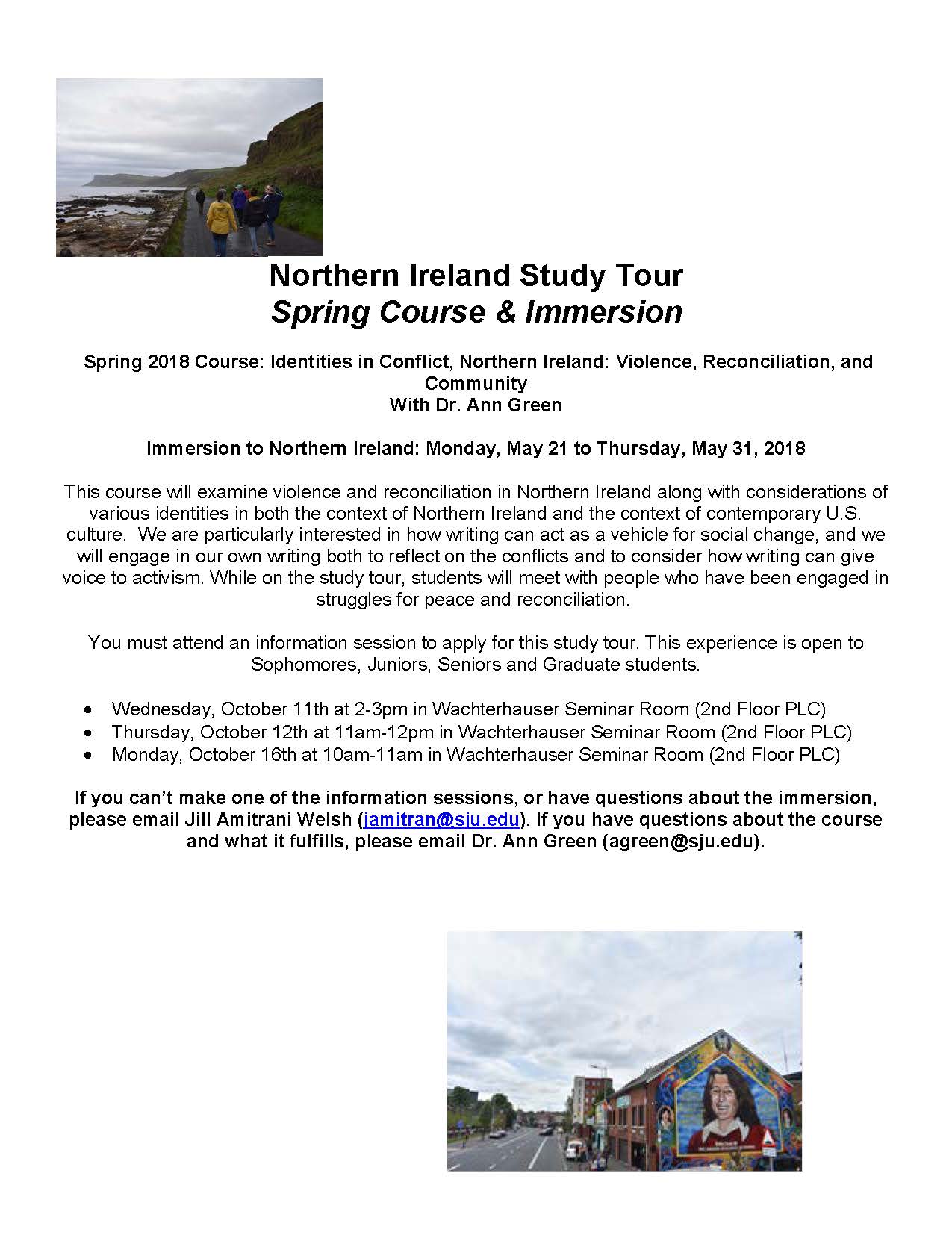 An Unapologetic Anthology of Subversive Verse 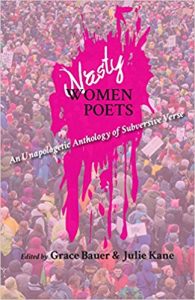 An anthology of poems from women who proudly celebrate their own nastiness and that of other women who have served as nasty role models; poems by and about women defying limitations and lady-like expectations; women refusing to be “nice girls;” women embracing their inner bitch when the situation demands it; women being formidable and funny; women speaking to power and singing for the good of their souls; women being strong, sexy, strident, super-smart, and stupendous; women who want to encourage little girls to keep dreaming.

This timely collection of poems speaks not just to the current political climate and the man who is responsible for its title, but to the stereotypes and expectations women have faced dating back to Eve, and to the long history of women resisting those limitations. The nasty women poets included here talk back to the men who created those limitations, honor foremothers who offered models of resistance and survival, rewrite myths, celebrate their own sexuality and bodies, and the girlhoods they survived. They sing, swear, swagger, and celebrate, and stake claim to life and art on their own terms.

Each participant will read her own poem and at least one poem by another contributor not in attendance. Books will be available for purchase.

GRACE BAUER‘s history of resistance began when a nun told her that the greatest thing a girl could grow up to be was a virgin. Having failed at that particular life goal, she became a poet instead. She hates being called Miss, Ma’am, or Little Lady, but these days, takes nasty as a compliment. The idea for this anthology came to her in the shower. Her books include MEAN/TIME, The Women at the Well, Nowhere All At Once, Retreats & Recognitions. Her work has been published in numerous anthologies and journals including Arts & Letters, the Colorado Review, Poetry, Rattle, and the Southern Poetry Review. Her awards include an Academy of American Poets Prize, Individual Artist’s Grants from the Virginia Commission for the Arts and the Nebraska Arts Council, and fellowships from the Virginia Center for the Creative Arts and the Kimmel Harding Nelson Center. Bauer is currently a senior book prize reader for Prairie Schooner and teaches at the University of Nebraska, Lincoln.

KIM BRIDGFORD is an award-winning poet, editor, college professor, fiction writer, and critic. She writes primarily in traditional forms, of which the sonnet is her form of choice. She is the director of Poetry by the Sea: A Global Conference. She is editor-in-chief at Mezzo Cammin, a journal of poetry by women and was formerly the editor of Dogwood: A Journal of Poetry and Prose. She received a National Endowment for the Arts fellowship in poetry and a poetry fellowship from the Connecticut Commission on the Arts. Her book In the Extreme: Sonnets about World Records received the 2007 Donald Justice Poetry Award.

EMARI DIGIORGIO is the author of Girl Torpedo (Agape, 2018), the winner of the 2017 Numinous Orison, Luminous Origin Literary Award, and The Things a Body Might Become (Five Oaks Press, 2017). She’s the recipient of the Elinor Benedict Poetry Prize, the Auburn Witness Poetry Prize, and a poetry fellowship from the New Jersey State Council on the Arts. She’s received residencies from the Vermont Studio Center, Sundress Academy of the Arts, and Rivendell Writers’ Colony. She teaches at Stockton University, is a Geraldine R. Dodge Foundation Poet, and hosts World Above, a monthly reading series in Atlantic City, NJ.

ONA GRITZ is the author of the poetry collections, Geode, (Main Street Rag 2014), and Left Standing, (Finishing Line Press, 2005). Together with her husband Daniel Simpson, she is co-author of Border Songs: A Conversation in Poems (Finishing Line Press, 2017), and co-editor of More Challenges For the Delusional: Prompts, Poetry, and Prose Celebrating 25 Years of Murphy Writing Workshops (forthcoming, Diode Editions). She is also an essayist, memoirist and children’s author. Her work has appeared in The New York Times, The Guardian, Ploughshares, and elsewhere.

COROE FEINER is an award-winning poet, performer, and educator. Called, “wonderful” by The New York Times, and “stunning,” by Backstage Magazine, she is the author of the poetry collection, Radishes into Roses, and the children’s book, Who Was Born at Home? Corie is the former poetry editor of The Washington Square Review, and the esteemed Bellevue Literary Review. She was the 2011 Poet Laureate of Bucks County, PA.

HARRIET LEVIN is the author of Girl in Cap and Gown, which was a National Poetry Series finalist, and The Christmas Show, which was chosen for the Barnard New Women Poets Prize. She is coeditor of Creativity and Writing Pedagogy: Linking Creative Writers, Researchers and Teachers. Levin’s honors include the Poetry Society of America’s Alice Fay di Catagnola Award, the Ellen La Forge Memorial Poetry Prize, the Pablo Neruda Prize, and a PEW Fellowship in the. She currently teaches and directs the Certificate Program in Writing and Publishing at Drexel University. Her debut novel, How Fast Can You Run is an IPPY and Living Now Awards winner.

CAROLINA MORALES is the author of four chapbooks of poetry, Attack of the Fifty Foot Woman (2015), Dear Monster (2012), In Nancy Drew’s Shadow (2010), Bride of Frankenstein and other poems (2008) each published by Finishing Line Press. Her poems have appeared in the Journal of New Jersey Poets, Nimrod, Paterson Literary Review, Poet Lore, Presence, Spoon River Poetry Review and other journals. Awards include scholarships from the summer program at the Fine Arts Work Center in Provincetown, MA along with honorable mentions for an Allen Ginsberg Award and a Mill Wills Fellowship. Her one-act plays have been produced/staged in California, New Jersey and Pennsylvania.

NANCY REDDY is the author of Double Jinx, selected by Alex Lemon for the National Poetry Series and her chapbook Acadiana won the Black River Chapbook. Her poems have appeared in Linebreak, Memorious, Best New Poets, Poetry Daily, Smartish Pace, and elsewhere. She has been awarded a Promise Award from the Sustainable Arts Foundation, a Walter E Dakin Fellowship to the Sewanee Writers’ Conference, and a New Jersey Council on the Arts Individual Artist Fellowship. She is Assistant Professor of Writing and First Year Studies at Stockton University in southern New Jersey.