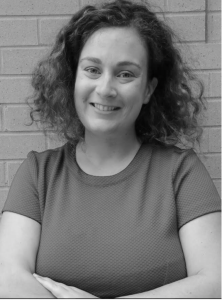 What are you reading now?

SJU Writes: What are you writing right now?

LB: I’m working on one article about why states adopt certain types of labor policies, and which states do. Another is about financial donations in political parties, how groups donate money and whether that moves them to a place of more power in the party or further out—and how that varies across groups. And then, with Dr. Scola and Dr. Baglione, we’re working on a piece on pedagogy about gender diversity in introductory readers. We’re [arguing] that the way we introduce political science to a lot of our first-year students is to say that women don’t write all that much and women aren’t central to the discipline, which is a really big problem. I’m also working on a book, so I’ve really overcommitted myself. A lot of pans and fires.

SJU Writes: What’s the most difficult thing you’ve ever written?

LB: Dissertation. The idea of thinking about a big project means that you know its flaws but you care a lot about what you’re doing, and caring a lot makes it harder to do it imperfectly. By definition these projects have to start off imperfect. There’s a lot of trial and error and a lot of stuff you think is going to work but doesn’t. That’s been hard for me to deal with emotionally: that it can’t be perfect and it won’t be perfect and that’s okay. Even after a bunch of edits, if what I’m doing is important, and someone comes along and says, “Actually, it was garbage,” it’s going to hurt. But it’s actually a good thing, too, because it meant it mattered to someone enough that they would critique it. It doesn’t feel super nice, but it’s a mental check.

SJU Writes: How do you approach the writing process?

LB: I’m a big fan of drawing pictures, so that’s my first tendency. I ask myself, “What is the relationship that I’m expecting?” and just draw a simple stick figure drawing of what I think leads to what. I encourage students to do this, too. What are you arguing? What is happening? What do you want to tell people? Write that down first, then build the rest of your essay off of that.

SJU Writes: Is there a skill or skills you consider most important in political science writing?

LB: Some of the skills that are very important are describing relationships. We’re trying to say clearly what we think patterns should look like, given evidence that we have from other venues. And studying people means that you need to at least, in some way, like people. So we have to talk about people in such a way that is fair to them and what they’re doing, even if we don’t agree with them. I think political science writing, when it’s done well, talks about power in consistent ways and lets us know what the stakes are, what things are important, why all of this matters. Good writing in general tends to do that. It lets you know why you’re here, because otherwise no one wants to read your essay. Things like democracy, or justice, or law, or power—all of those things are hard to measure, hard to talk about. They’re all super important, but they’re a lot of things. How do we think about them consistently and clearly so that other people know what we’re talking about?