From undergrads to alumni, the success stories are endless. 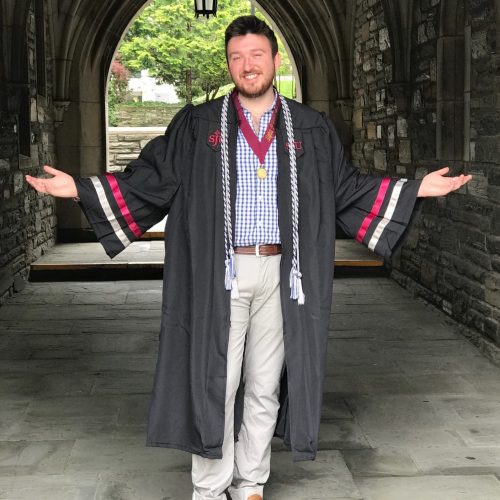 "In August of 2018, after more than a year and a half of writing and editing, I had my research manuscript published in the international, academic, peer-reviewed journal Sex Roles. It is titled "Fewer, Younger, but Increasingly Powerful: How Portrayals of Women, Age, and Power have Changed from 2002 to 2016 in the 50 Top-grossing U.S. Films." In the study, we examine the roles of men and women, including aspects such as their leadership, occupational power, and goal achievement, to name a few. Overall we found that while men still outnumber women, how women are depicted in popular films has improved significantly over the past decade and a half. Following publication, my manuscript was written about in dozens of newspapers and magazines, including Newsweek and The Evening Standard."

How did you first learn about or get connected to your research opportunity?

"When I took my Senior Seminar class my junior year, we read a study by Lauzen & Dozier where they analyzed the roles of women in the popular films of 2002. This reading inspired my desire to see if in the past 15 years, women have made any strides in terms of their portrayal. So in this class, my project was looking at a few variables in the top 10 grossing movies. That following summer, instead of taking an internship, I decided to expand on this research and see how far I could take it!"

How did your SJU education impact your professional goals?

"My SJU education had a huge impact on my getting published. My courses in statistics and research methods helped me to craft a valid and reliable study, as well as identify how I wanted this research to take place. With the help of my second author, Dr. Anastasio in the psychology department, I was able to make the alterations needed by the editors and reviewers. I am confident that without my SJU education I would not have had my work accepted and published."

Did you participate in any experiential learning activities while at SJU?

"During my time at SJU I studied abroad for a month in Rome, taking an art and architecture class (I highly encourage everyone who has the opportunity to study abroad to do so!). I also took a service learning course in healthcare and pharmaceutical marketing, was a Hawk Host, and the officer of two honor societies - Psi Chi (psychology) and Alpha Sigma Nu (Jesuit honor society)."