Rules of Civility
Amor Towles
Centered around Katey Kontent, a transplant from small town to midtown, this atmospheric novel details life among the upper echelons of Manhattan society in the 1930’s.  Towles’ crisp prose captures that unique time between the Great Depression and World War II in one of the world’s most vibrant cities and has been called reminiscent of Fitzgerald and Capote but with a pitch all its own.  Combining history, social commentary, a doomed love story and a complicated gal pal relationship, Rules of Civility is engaging from beginning to end.

In the Garden of Beasts: Love, Terror, and an American Family in Hitler’s Berlin
Erik Larson

“The time is 1933, the place, Berlin, when William E. Dodd becomes America’s first ambassador to Hitler’s Germany in a year that proved to be a turning point in history.

A mild-mannered professor from Chicago, Dodd brings along his wife, son, and flamboyant daughter, Martha. At first Martha is entranced by the parties and pomp, and the handsome young men of the Third Reich with their infectious enthusiasm for restoring Germany to a position of world prominence. Enamored of the “New Germany,” she has one affair after another, including with the suprisingly honorable first chief of the Gestapo, Rudolf Diels. But as evidence of Jewish persecution mounts, confirmed by chilling first-person testimony, her father telegraphs his concerns to a largely indifferent State Department back home. Dodd watches with alarm as Jews are attacked, the press is censored, and drafts of frightening new laws begin to circulate. As that first year unfolds and the shadows deepen, the Dodds experience days full of excitement, intrigue, romance—and ultimately, horror, when a climactic spasm of violence and murder reveals Hitler’s true character and ruthless ambition.

Suffused with the tense atmosphere of the period, and with unforgettable portraits of the bizarre Göring and the expectedly charming—yet wholly sinister—Goebbels, In the Garden of Beasts lends a stunning, eyewitness perspective on events as they unfold in real time, revealing an era of surprising nuance and complexity. The result is a dazzling, addictively readable work that speaks volumes about why the world did not recognize the grave threat posed by Hitler until Berlin, and Europe, were awash in blood and terror.”

In the Garden of Beasts can be found in the Popular Fiction on the 1st floor of the Library.

A Discovery of Witches
Deborah Harkness

The reviews are in and I for one agree it is a must-read. In her debut novel, Deborah Harkness touches on the things I love in this genre: witches, vampires, demons and more.

While doing research on alchemy texts in Oxford’s Bodleian Library for an upcoming conference, a young scholar of history, Dr. Diana Bishop, finds more than she was looking for. Upon receiving a text called Ashmole 782 with other texts she requested, she realizes as she opens it that there is something magical about this book. Afraid, she slams it shut and sends it back to the stacks, only to request it the next day and be told that that particular volume has been missing for centuries.

In comes our very handsome and extremely intelligent 1500 year-old vampire named Matthew Clairmont. Diana tries to avoid him but realizes she can’t and that he only wants to protect her from the other witches, vampires and demons that have been arriving on a daily basis at the library. All they want is the book, and they won’t leave until Diana recalls it for them. Why is this book so important you ask, and why do all manner of supernatural beings want to get their hands on? It is believed to hold the story of all origins and the secret of immortality and they are willing to go to war, if need be, to get it.

A Discovery of Witches is a mix of history, alchemic references, mythology and of course, forbidden love. This is the first book in the series All Souls Trilogy. And let me tell you, I can’t wait until book two comes out.

A Discovery of Witches can be found in the Popular Fiction on the 1st floor of the Library.

Thirteen-year-old Ratchet has up until now meekly accepted whatever life has thrown her way – a disfiguring hump on her shoulder and a totally self-absorbed single mother. But things begin to change when she is sent off to stay with twin great aunts in backwoods Maine. Although the eccentric nonagenarians are out of touch with the modern world and, at times, with reality, their peculiar brand of loving care is just what Ratchet needs to begin finding her voice. Touching, humorous, and filled with quirky characters, the story concludes with a satisfying epilogue (channeling John Irving) letting readers know how the characters get on in life. This novel is enjoyable for both teens and adults and received a National Book Award for Young People’s Literature.

We may know the name Champlain from a visit to the lake located between upstate New York and Vermont or have a vague recollection of it from a high school history class, but not many of us know much about the French explorer Samuel de Champlain, who was instrumental in the founding of North America during the early 17th Century.  Pulitzer Prize winning historian David Hackett Fisher (Washington’s Crossing) of Brandeis University brings him to life in his well-written and researched historical biography Champlain’s Dream.   Follow Champlain from the intrigue of the French Court across the Atlantic to his adventures in the wilderness with the native peoples of America and the settlement of New France (Quebec).   There is even some insight into the influence of the Society of Jesus during this time of exploration.

Champlain’s Dream can be located on the 3rd floor book shelves or in the 1st floor audiobooks section   of the Library.  Tony Award winning actor, Edward Herrmann delivers a smooth and engaging narration of the audio work.

Provenance: How a Con Man and a Forger Rewrote the History of Modern Art
Lainey Salisbury and Aly Sujoe

Provenance is defined as the “history of the ownership of a work of art or an antique.” (Oxford English Dictionary) An artwork’s provenance also helps determine its authenticity. An incorrect or inconsistent provenance is a warning sign to dealers that it may be a forgery. Laney Salisbury and Aly Sujo’s book Provenance, tells the true story of how two men not only successfully sold forged paintings but also fabricated their provenance to keep dealers and curators in the dark. Provenance focuses on two men: John Myatt, struggling artist and single father and John Drewe, supposed physicist and art collector. Both Johns meet, with Drewe finding out that Myatt has an uncanny ability to reproduce any modern masterpiece, from Giocometti to Picasso. Myatt quickly finds himself painting dozens of works for Drewe, who is selling these “masterpieces” to prestigious dealers and museums in England and beyond. Soon the dealers start to ask questions and Drewe begins to fabricate documents to prove their provenance.
Provenance provides a look into the world of art, but also explores how a man (John Drewe) conned his way into some of the greatest galleries and museums in the western world. Did I mention this charade lasted for nine years?

Provenance can be found in the Popular Fiction on the 1st floor of the Library.

Twilight this is not. Created by short story writer and Columbia University professor Scott Snyder, the comic book series American Vampire is gritty, bloody, and very, very entertaining. The first five installments have been recently collected as a stand-alone graphic novel and feature two seemingly unrelated storylines that eventually converge: those of struggling actress Pearl Jones in 1920s Hollywood and the amoral Skinner Sweet, an outlaw of the 1880s American Old West. This convergence smartly establishes much larger issues that future issues promise to explore. With co-writing credits from Stephen King and gorgeous artwork from Rafael Albuquerque, American Vampire truly is a new creature.

American Vampire can be found in Popular Fiction on the 1st floor of the Library.

Are you a fan of the television show “The Tudors” on Showtime? Are you looking for an excellent historical novel to sink your teeth into? Consider picking up Hilary Mantel’s Wolf Hall. Though somewhat challenging, this captivating novel is absolutely worth sticking with. Set in Tudor England during the time between King Henry VIII divorce from Katherine of Aragon and the martyrdom of Thomas More (circa the 1530s), this novel tells a sweeping historical tale of the life and political dealings of Thomas Cromwell, who worked his way from poverty up to a position as Henry VIII’s secretary and right-hand-man. Mantel’s unique writing style has a way of making you feel as though you are experiencing these historical events and the society surrounding them firsthand.  As I read, I felt as though I were a fly on the wall in the court of Henry VIII. So, in the cold and snowy days ahead, snuggle up with Wolf Hall and be transported into another world.

You can locate this book on the 2nd floor of the library. 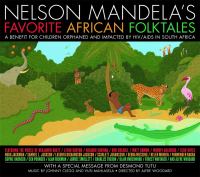 For this audiobook collection, Nelson Mandella personally selected each of these 32 timeless tales for inclusion, and in the foreward for the folktales wrote, “It is my wish that the voice of the storyteller may never die in Africa, that all the children of the world may experience the wonder of books.”

The stories are varied in tone and topic and represent every region of Africa. Some tales are reminiscent of familiar American fokltales, others totally fresh and interesting. But one of the most entertaining aspects of ‘listening’ to this book is the fact that the tales are presented by a wide array of celebrity readers including Benjamin Bratt, Whoopi Goldberg, Helen Mirren, Alan Rickman, Forest Whitaker, to name but a few.  It was great fun trying to recognize each reader as they presented their tale.

This audiobook is held in the Library’s audiobook collection on the 1st floor.

This month, just in time for the holiday season, we bring you “Seasons Readings 2010 ” an entire list of book reviews courtesy of the Library staff.

Note that not all books on this list are held in the Library’s collection.

And take a look at previous years suggestions.