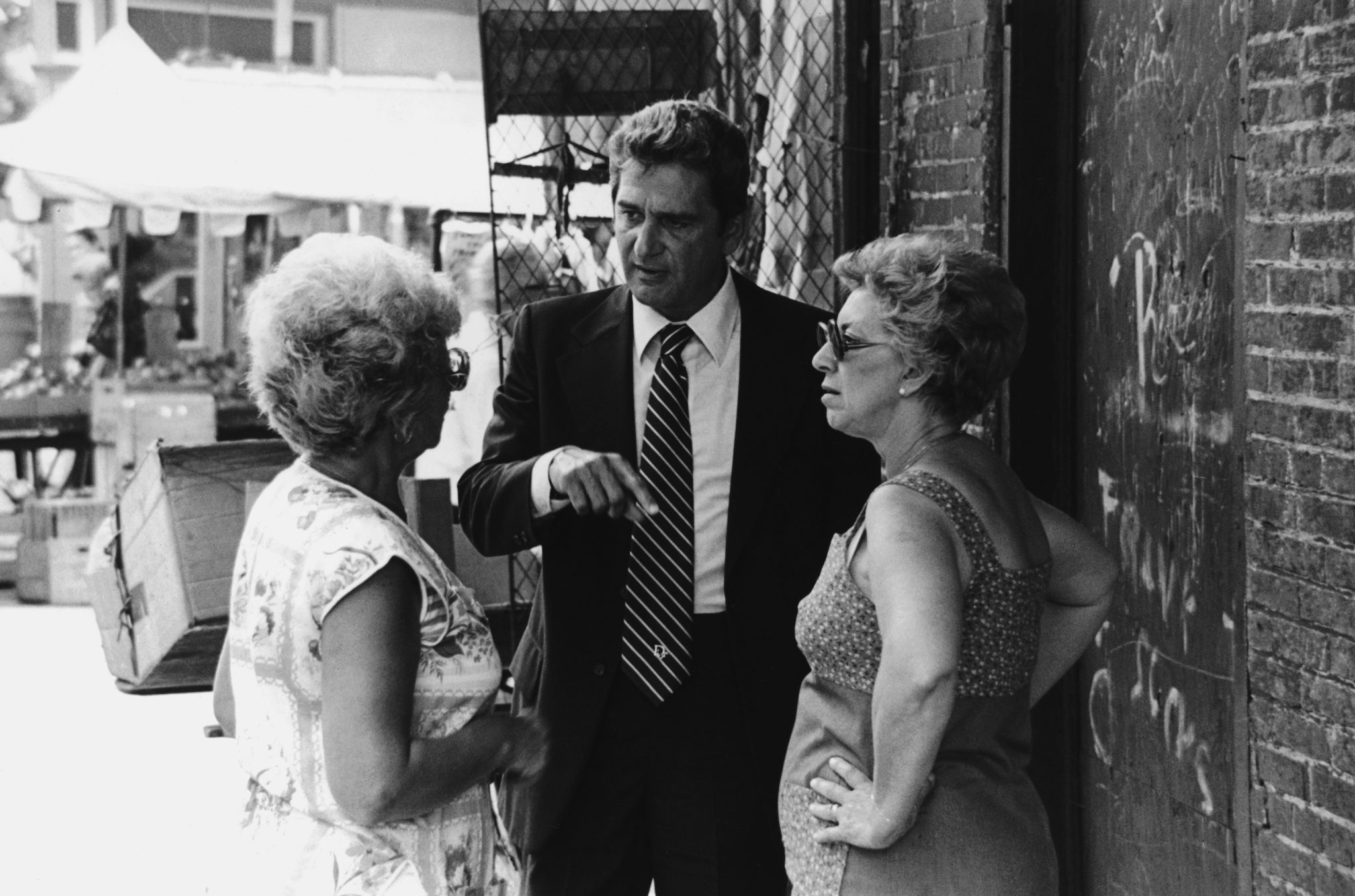 Tom Foglietta talks with constituents during a campaign stop in Pennsylvania's 1st Congressional District during the 1980s.

From 1980 to 1997, Thomas M. Foglietta, a descendant of Italian immigrants, represented Pennsylvania's First District in the U.S. House of Representatives. Foglietta's tenure in Congress came at a time when the First District and the City of Philadelphia were faced with overwhelming challenges. Foremost among these challenges was the threatened and eventual closing of the Philadelphia Naval Shipyard by the Defense Base Closure and Realignment Commission and the potentially devastating impact on the area's economy. These papers detail efforts by Foglietta and his staff to save parts of the Navy Yard along with wide-ranging endeavors to maintain ship repair and overhaul work, develop reuse and reinvestment plans, and to retrain workers. Other difficulties during this period in Philadelphia's history included sinking homes in the Logan and Roxborough neighborhoods, physical deterioration of Independence Hall in Independence National Historical Park, and the need for improvements at the Ports of Philadelphia. This collection demonstrates how Foglietta and his staff labored effectively on these issues and collaborated with Mayor Ed Rendell and the City of Philadelphia's Office of Defense Conversion, labor unions, and members of the Pennsylvania, New Jersey, and Delaware Congressional delegations to achieve legislative successes. The papers also provide insight into Foglietta's broader interests such as urban economic development through enterprise zones and concerns over U.S. involvement in the Persian Gulf War. 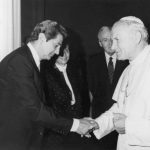 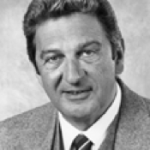 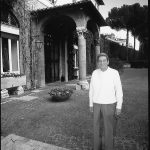 Tom Foglietta as the United States ambassador to Italy in 1998. 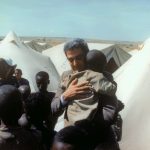 Goodwill ambassador Foglietta holds an Ethiopian child while on a congressional fact finding mission to Africa in 1985. 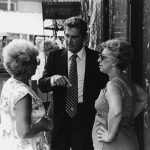 Tom Foglietta talks with constituents during a campaign stop in Pennsylvania’s 1st Congressional District during the 1980s. 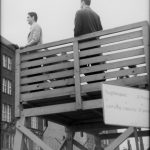 Congressman Foglietta and his party stand at the Berlin Wall in West Germany as it is about to fall uniting the city in 1989.

Thomas M. Foglietta was born in South Philadelphia on December 3, 1928, the son of Michael and Rose Foglietta and the youngest in a family of three boys and two girls. His grandparents emigrated to Philadelphia from Italy in the late nineteenth century, and his father became active in local politics serving as Republican ward leader and a member of Philadelphia City Council. Foglietta graduated from Philadelphia's South Catholic High School, and later attended Saint Joseph's College in Philadelphia where he obtained a Bachelor of Science in Social Science in 1949. In 1952, he graduated from Temple University's School of Law.

From 1953 to 1980, Foglietta maintained a general law practice in Philadelphia. In 1955, at age 26, he followed in his father's footsteps and was elected as a Republican to Philadelphia City Council where he later served as Minority Leader. He served on City Council until 1975 when he ran unsuccessfully for Mayor of Philadelphia against Frank Rizzo. In 1976, Foglietta was appointed by President Gerald Ford as Regional Director of the Department of Labor for Region III headquartered in Philadelphia; he held that post until 1977.

In 1980, Foglietta made a successful run for Congress as the Representative from Pennsylvania's First District. Although he ran as an Independent, in 1981 he joined the Democratic Party and later was reelected to Congress in eight consecutive elections. In 1992, Foglietta survived a redistricting in which the First became a district with an African-American majority; prior to that time, the First District had been predominantly white ethnic, with a minority component of blacks and Hispanics. This made Foglietta the only white Representative elected to serve in a district with an African-American majority. During his tenure in the House of Representatives, Foglietta served on the Merchant Marine and Fisheries, the Armed Services, and Foreign Affairs Committees as well as the Select Committee on Hunger. In 1991, he helped found and served as chairman of the Urban Caucus, and in 1992, he won an appointment to the powerful Appropriations Committee where he later served on the Military Construction, Transportation, and Foreign Operations Subcommittees.

Foglietta served in Congress at a time when his district and the City of Philadelphia faced a daunting array of problems and challenges. These included: the Defense Base Closure and Realignment Commission (BRAC) decision to close the Philadelphia Naval Shipyard (PNSY) and the potentially devastating impact on the city's economy; the need to develop reinvestment and reuse plans for PNSY and to retrain workers; sinking homes in the Logan and Roxborough neighborhoods; the need for improvements at the Ports of Philadelphia; potential disruptions to the important Chilean fruit trade; and the extreme state of disrepair of Independence Hall's infrastructure. Despite the demands placed on Foglietta and his staff members by these problems, the Congressman still found time to become involved in issues that he championed such as the economic development of cities and provision of benefits and services to the urban poor. In foreign affairs, he promoted democracy and human rights in South Korea, Haiti, and the former republics of the Soviet Union. In areas pertaining to the environment, Foglietta supported conservation measures to protect marine and ocean resources, and he consistently received high ratings on his voting records from conservation, consumer, and labor groups.

In 1997, Congressman Foglietta was nominated and confirmed as U.S. Ambassador to Italy, a position he held until early 2001. In a May 1997 editorial, the Philadelphia Inquirer lauded his service in the House of Representatives. "Mr. Foglietta has worked hard for the needs of Philadelphia and other cities…But Mr. Foglietta is more than a bring-home-the-bacon guy. He's been a leading voice against despots around the globe. He's been as committed to famine relief in Africa as he was to food assistance at home….Mr. Foglietta [has been] sensitive and intelligent and committed to public service."

Ambassador Foglietta died on November 13, 2004 at the Thomas Jefferson University Hospital in Philadelphia.