You're probably aware that winters in the Northeast can be cold and dark and seemingly endless some years. Sometimes getting lost in a good book can make all the difference! Maybe we can help. 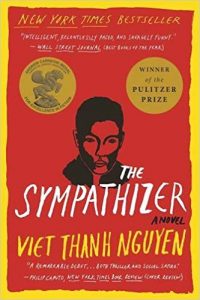 The Sympathizer by Viet Thanh Nguyen

The Sympathizer starts at the end of the Vietnam war but begins with a Viet Cong agent’s life in California as a spy. The agent ingratiates himself in the life of South Vietnamese army general as they make a new life in Los Angeles. Particularly engaging is that the story is from the point of view of the agent, creating a foil to the American portrayal of the war. A darkly comedic section includes the agent’s involvement as a consultant to a Hollywood film about the Vietnam War.  ~ Anne Krakow 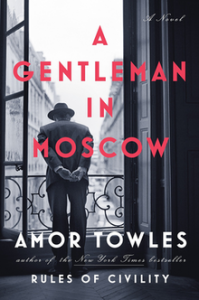 A Gentleman in Moscow by Amor Towles

In 1922, a Bolshevik tribunal places Count Alexander Rostov under house arrest at the Metropol Hotel in Moscow for being an “unrepentant aristocrat.” Resigned to a tiny room at the top of the hotel, Rostov creates a new world for himself surrounded by the goings-on of the hotel. The story takes place during a turbulent time in Russia’s history, but the Count’s story is light and winsome, reminding reader of beauty and wonder that exists always. ~ Anne Krakow 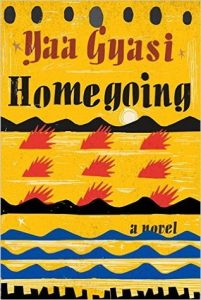 Homegoing is a novel about half-sisters, born in Ghana in the 18th century, who never meet. The book follows their divergent lives, as well as the lives of their descendants, both in Africa and abroad. ~ Sarah Bolce 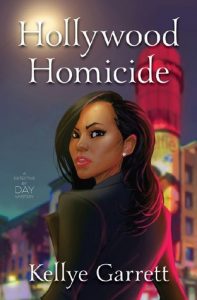 Dayna Anderson is a down-and-out former actress who witnesses a murder (but doesn’t know it at the time), but due to her desperate financial situation, seeks to find the murderer and collect on a reward so she can help her parents keep their house before it’s foreclosed on by the bank, and before becoming a victim herself. ~ Michael Brooks 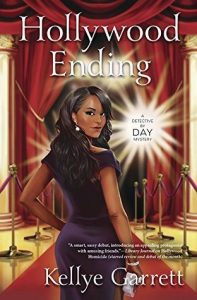 Emboldened by her success in solving her first murder, Dayna Anderson once again involves her friends and reluctant partner and becomes embroiled in another murder mystery connected with the underside of Tinseltown. But has she strayed too far out of her league this time. ~ Michael Brooks 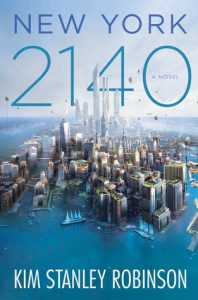 I was about 400 pages into Kim Stanley Robinson's New York 2140 when my husband asked why I hadn't given up on it yet.  He had misunderstood why this climate-change novel by the acclaimed science fiction writer was taking so long to read.  Far from a slog, New York 2140 so vibrantly depicts New York City, several decades after fifty feet of sea level rise, that you must take the time to fully inhabit it's surprisingly satisfying realism; a world of intertidal real estate bubbles, digital market manipulation, and infrastructure worries like waterproofing your skyscraper.  The story, never sentimental and often funny, is woven through with characters recognizable from today's cities; treasure-hunters, day traders, a police inspector, cooperative-housing residents, the post-flood equivalent of an Instagram Influencer and, of course, some wiley coders.  Where some novels might have situated these characters in the midst of the great flood catastrophe, Robinson has said that "at some point, science fiction has to imagine the people who come after, when the situation will be natural," and has called this book a "comedy of coping."   The convincing and colorful characters, making their way in the SuperVenice (Manhattan) and surrounding boroughs, are the agents of the author's bigger story of social and economic justice.  New York 2140 situates the city as central protagonist, as a resilient and ever-evolving organism. This imagining of the future landscape is antithesis to the burned-out cityscapes of most post-cataclysm fiction.  Instead, it is a celebration of urbanism and human resilience. ~ Jenifer Baldwin 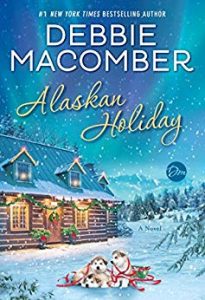 This book is about when love and dreams confront reality. Jodie is a sous chef and city girl who travels to the remote Alaskan town of Ponder to take a summer position cooking at a lakeside lodge. Come fall she will be returning to Seattle to her dream job with a famous young chef in one of Seattle’s hottest new restaurants. Josie of course meets and falls in love with an outdoorsman who loves nothing more than to stay in the wilderness and make her his wife, which would mean giving up her dream job and abandoning her mother back in the city to stay in the isolated town. ~ Martha VanAuken 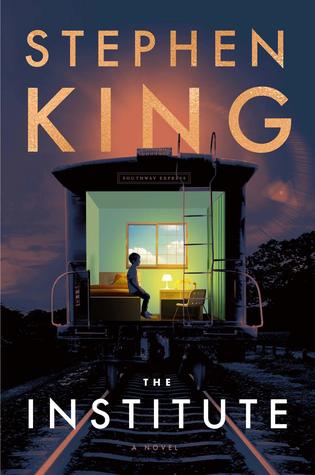 The Institute by Stephen King

This thriller novel focuses on a sinister organization called the Institute and the abduction of a young boy with telekinetic abilities who is also telepathic.  Using his intellect and help from other kids, one boy is determined to survive his battles against the evils of this institution. ~ Margie Guinan 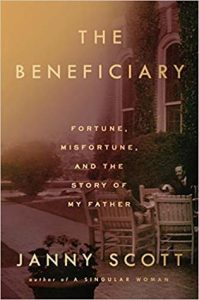 The Beneficiary: Fortune, Misfortune, and the Story of My Father by Janny Scott 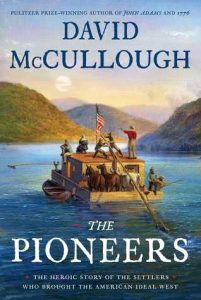 The Pioneers: The Heroic Story of the Settlers Who Brought the American Ideal West  by David McCullough

A fascinating recount of the settlement of the western frontier, beginning with the Ohio Territory. Large stretches of primeval forests, populated with panthers, wolves and massive trees of various species are burned and cleared. Highly principled leaders champion freedom of religion, free universal education, and the prohibition of slavery. For better or for worse, a uniquely American story. ~ Marian Courtney 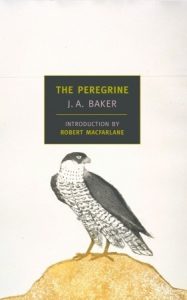 The Peregrine by J. A. Baker

This wonderfully crafted masterpiece of nature writing condenses 10 years of hikes by the author through the English countryside of Essex surveying Peregrine Falcons into a single season from October 1962 to April 1963. ~ Christopher Dixon 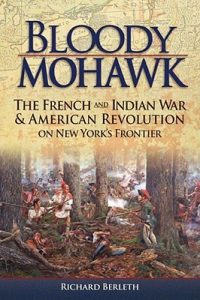 The people and geography of the Mohawk River Valley west of  Albany, New York played significant roles in the often-violent struggle for Colonial North America and the American Revolution. ~ Christopher Dixon 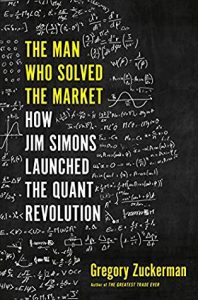 The Man Who Solved the Market: How Jim Simons Launched the Quant Revolution by Gregory Zuckerman

An interesting read for anyone curious about the lives and intellectual struggles of a core group of people who demonstrated, and profited from, the possibilities of algorithmic trading. Gregory Zuckerman traces the careers of Jim Simons and his associates through their transition from university mathematicians and Cold War codebreakers to developers of lucrative hedge funds that competed with academia (and former colleagues) for talent and skill. ~ Daniel Holden 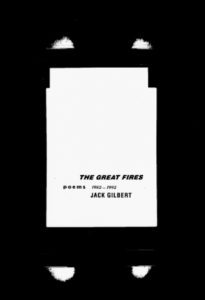 The Great Fires by Jack Gilbert

An amazing book of poetry about love, loss and mourning that I have been reading for almost a year. The poems are so beautiful it seems right to read them again and again. ~ Lesley Carey 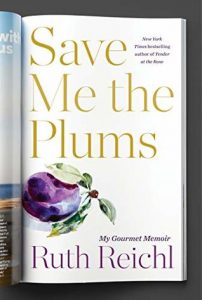 Save Me the Plums: My Gourmet Memoir by Ruth Reichl

A memoir of Reichl’s time at Gourmet magazine, Save Me the Plums is “sprinkled” with recipes as well as many personal anecdotes that round out the narrative. The recipes offer the reader an opportunity to experience the story with all senses. An enjoyable experience. ~ Marian Courtney 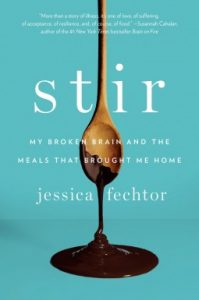 Stir: My Broken Brain and the Meals That Brought Me Home by Jessica Fechtor

Stir is a memoir with recipes. At the age of 28, Jessica Fechtor almost died from a brain aneurysm that burst. The author’s road to recovery, physical and emotional, involved cooking, as well as the support of family and friends. ~ Sarah Bolce

The Legendary Cuisine of Persia by Margaret Shaida

I am not an avid user of eBooks, so I'm always surprised by how varied our expanding collection is. I happened upon this great cookbook after listening to a friend talk about all of the delicious things her family was making to celebrate Persian New Year and found that we had several Persian cookbooks in our eBook collection. This one includes intriguing things like "Syrup fingers" and "Ice in Heaven."  If Persian food is not your thing, try searching on "COOKING" as a subject, limit the Source Type to "eBooks" and you can browse through over 1,700 cookbooks with everything from recipes of antiquity to paleo, vegan, gluten-free, to entire books about ramen, pickles, and beer cheese. Did you ask Santa for an Instant Pot? Here you go!  How-To Instant Pot. Missing your Italian grandmother? Try Cooking With Nonna. Want to get in on the salad-in-a-Mason-jar craze, or maybe turn over a new leaf and cook some bugs?  Burnt out on packing your kid's lunch?  eBook to the rescue! Many of these eBooks are available to borrow as a full download when you create an account. Let us know what you find! ~ Deborah Lenert 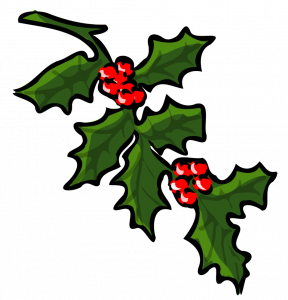 This year’s list is full of interesting book suggestions, with something for everyone.

Peruse the list and get that special someone a great holiday gift, find something for yourself, or simply use the list itself as a gift.

See Season’s Readings 2018 for this year’s list as well as links to all the previous years. Enjoy!

The 2017 edition of the SJU Library’s Season’s Readings is now available.

See Season’s Readings 2017 for this year’s list as well as links to all the previous years. Enjoy!

The 2016 edition of the Francis A. Drexel Library’s Season’s Readings is now available.

Each year, in lieu of sending a Christmas card, the staff of Drexel
Library share their list of recommended reads, affectionately known as Season’s Readings.

The 2014 edition of the Francis A. Drexel Library’s popular Season’s Readings is now available.

The eagerly awaited 2013 edition of the Francis A. Drexel Library’s popular Season’s Readings is now available.

This year’s list is full of interesting books as exciting as previous years.

There are adventure novels, historical perspectives, biographical narratives, and case studies. Pretty much something for everyone.