1. Because this is easily the most Instagrammable campus around.

One more from tonight's fabulous #sunset.

2. …and if you’re still waiting for your Hogwarts letter, Barbelin is basically Hogwarts. The staircases even move!*

*Disclaimer: The staircases do not move. You believed that, muggle?

4. And because this is what you’re going to say every time you eat a Hawk Wrap.

5. Because there’s no better feeling than when the Hawks Go Flying In!

6. Because Pennbrook University in “Boy Meets World” was partially based on SJU.

And if you’re still not convinced, one of our beloved English professors is named Fr. Feeney and he’s just as wise and insightful as Mr. Feeney.

7. Because @saintjosephs Tweets stuff like this at us on snow days.

8. Because our student body is the most fantastic, ride-or-die family of Hawks you’ll ever find.

The greatest people you will ever meet…

9. Because every spring, over 500 students opt to skip out on beaches for spring break and instead pile into vans with their classmates and drive down to 17 sites in the Appalachian region, where we spend the week in service with each other.

We also climb mountains and take awesome pictures like this.

10. Because our annual matchup with Villanova has been called one of the best rivalries in college basketball. On two separate occasions, we tricked the Villanova student section into holding up this rollout… and that will never not be funny.

11. Because as a Jesuit University, we feel kindred with Pope Francis.

And we’re crossing our fingers, eyes, and toes that he drops by campus when he visits Philly in 2016!

12. Because Philly is one of the best places to go to college – Center City is a 10 minute train ride away and offers a wide array of museums, food, and events, not to mention tons of places to intern. 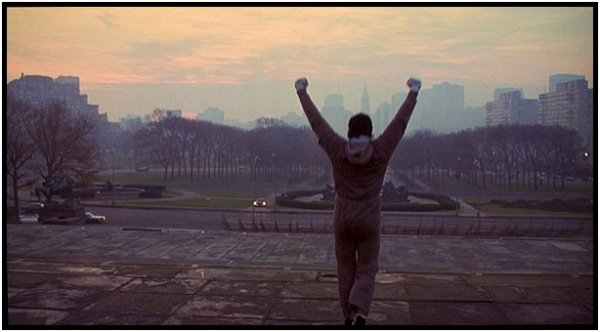 And… we all dork out and do this at least ONCE during our college careers.

13. Because the diner that Jennifer Lawrence and Bradley Cooper eat at in Silver Linings Playbook is right down the street. Our billboard even made a cameo in the movie!

We’re pretty much best friends with JLaw. Or at least we eat like her.

SJU offers amazing opportunities for research and academic growth, from independent studies with professors in your major to our Summer Scholars Research Grants, awarded to about 100 students annually.

15. … and that research can be life saving

16. Because crimson and gray looks good on everyone.

This little girl is excited for today's game. #thwnd #beatthebonnies

Posted in SJUFeed
← Welcoming New Hawks One Bullhorn at a TimeWhere do Hawks land? PepsiCo! →
Scroll To Top